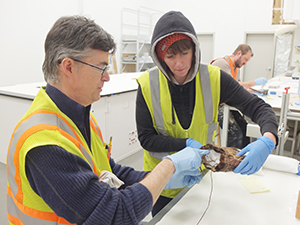 In early 2015, I was contacted by Aaron Elmore, Exhibits Lead at the Alaska State Museum. We had met at the 4th International Mountmaking Forum, held in Santa Fe NM in 2014. He told me that they were in the beginning stages of mountmaking for the installation of the exhibits in a brand new building to hold the State Library, Archives, and Museum (SLAM). 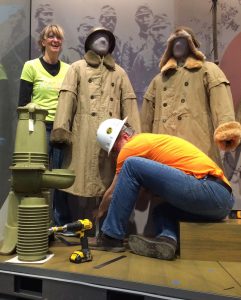 The museum had assembled a crew of local craftspeople who brought an array of skills to the table, but were not experienced mountmakers, save one. We arranged a three week stay in late March and early April for the purpose of both group and individual instruction, as well as building mounts to both provide examples of how I work and to move the project ahead.

We went through the phases of mount design and fabrication with emphasis on the safety of the object being paramount. Troubleshooting fabrication techniques such as silver brazing, measuring and templating methods, and tricks for fitting and finishing the mounts were all part of the instruction.
In August and September, I came back to Juneau for two more two-week visits to help with the huge mountmaking project. It was gratifying to see the confidence and skill that the crew had developed, and provided a good opportunity to observe and tweak their technique. The project was rolling along at an increasing pace and the building was being finished as we worked. 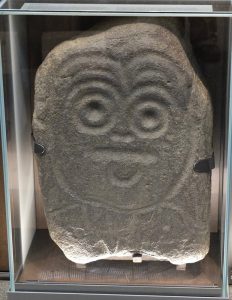 The opening of the new museum is scheduled for June 6th 2016. I’ve since returned for two weeks of installation, and will soon be back for the final two weeks before opening. I’m so gratified to have become a part of this project as it is one of the best planned and designed I’ve ever worked on. In true Alaskan fashion, they knew that outside help was not easy to get, and that they had to have the skills in-house to continue to build and maintain the exhibits. This crew has certainly risen to the occasion.