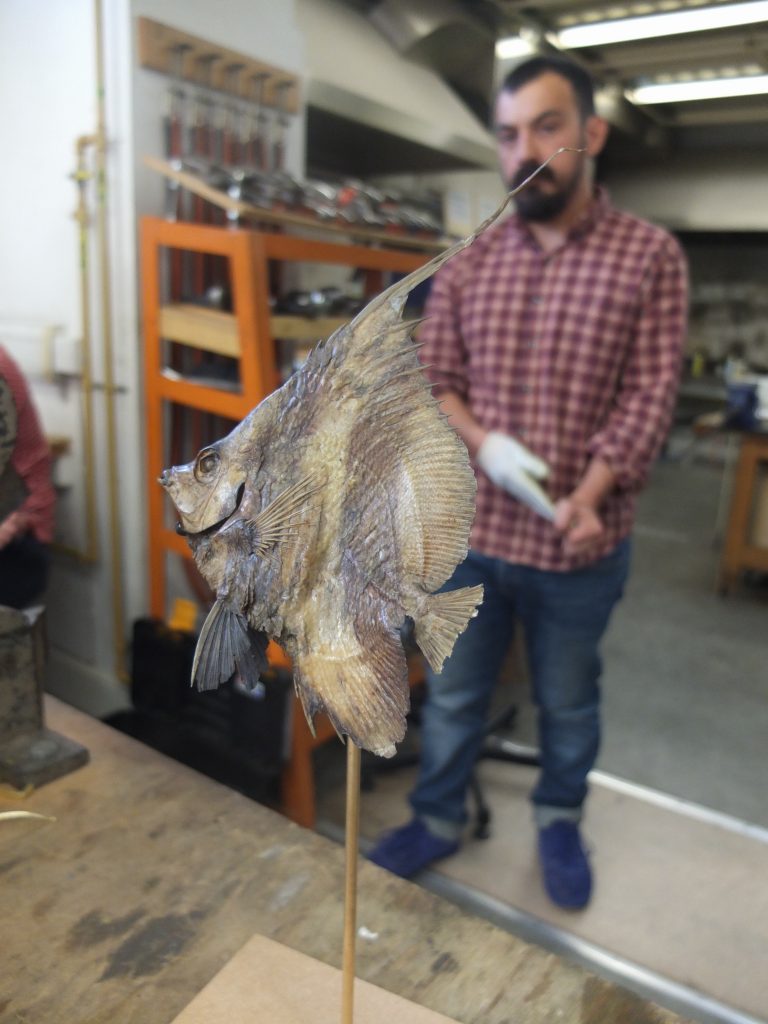 It’s been over a year since I last posted about speaking at the 6thInternational Mountmaking Forum in London and plans to teach at West Dean College. A lot has happened since then that has kept me very busy. I’m finally finished with the Burke Museum project I’ve been working on and am getting ready to return to teaching workshops. Here’s a synopsis of the last year and the exciting plans for what is next.

I’ll start with West Dean. West Dean College is a former estate that was remade after World War I into a school to provide instruction in traditional crafts and pass on the skills that made Britain great. It has become a center for Art and Art Conservation education with both degree and short-course programs. I taught a four-day mountmaking short-course in their silversmithing shop. We had 10 participants from as far away as Chile and Australia. It was a lot of fun and I felt it quite successful in spite of the difficulties posed by limitations in the tooling I could bring and working with torches made for a very different type of work. Students made mounts for objects as diverse as basketry, a bronze rose, and a dried angelfish specimen. 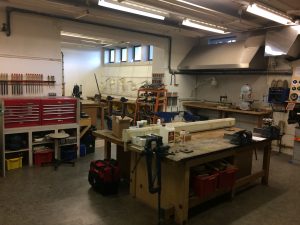 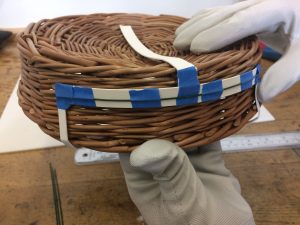 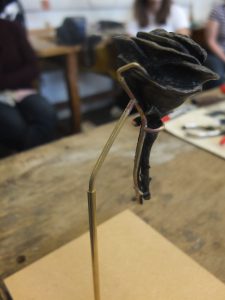 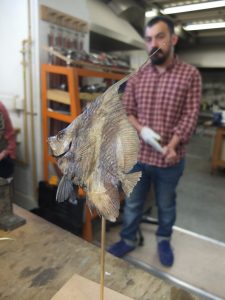 Nacho with his Angelfish mount.

Just before I left for England, I got word that the mountmaking project for the New Burke Museum would be starting up. The Burke is an important place for me as it is where I learned mountmaking from Exhibit Designer Gary Wingert. This project would be my third major renovation project with the Burke, and I felt it would be an appropriate bookend to my career. 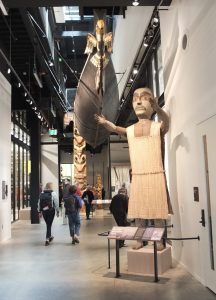 I signed on with Pacific Studio, the prime contractor for the exhibits, with the understanding that I would start working with them when I returned from the five week England trip and stay through the museum opening. Unfortunately, I injured a shoulder during my travels and needed surgery and recovery time after I returned, thus limiting my ability to bend metal for the mounts. The result was that I was given the task of designing mounts for large objects that would be fabricated by the PS welding shop. It was a wonderful and somewhat hair-raising task to try to measure objects such as a Chuuk Island outrigger canoe and find a way to mount it to the wall at a 45° angle as per the design drawings. We filled the walls with canoes from New Guinea, Taiwan, and Micronesia, as well as hanging a 37’ Kwakwaka’wakw canoe overhead and raising a 20’ totem pole in a main exhibit area. I did countless design drawings to meet the expectations of designer and museum, collaborated closely with exhibit detailers to produce CAD drawings, and fabricators to bring those drawings to fruition. It was a very involved, time consuming, and often frustrating process, but in the end the mounts were produced and are now doing their job. It was great to be back at the Burke and get to work with old friends there.

Now I want to talk about the future. The Burke is has opened and I’ve returned to my studio to prepare for the upcoming workshops. I’m very excited to integrate insights from the project into how I teach the art of mountmaking. The first workshop is scheduled for the week of December 9th-13th, and there will be one per month through May. I will have registration available soon, so check the “Events” page.

My workshops have been four days long, but it has always felt that they were a little cramped and people have commented that they should be longer. The new information I’d like to add makes me feel that a five-day workshop would work well. The down side is that it will be more costly due to increased tuition, travel, and lodging costs. I’d appreciate comments on how this will effect your ability to attend. I’d also be interested in hearing if there are special workshops you’d like to participate in. I’ve considered doing a textile and mannequin workshop in conjunction with some of the conservation and exhibit professionals I’ve worked with over the years.

One last plug that I want to make is for conservator Gwen Spicer’s book “Magnetic Mounting Systems for Museums”.  It was released this past May and delves deeply into both the theory and practical aspects of using magnets for artifact installation. I encourage you to check it out and to support the amazing research and practical advice Gwen has put into this book. It is definitely worth the money! 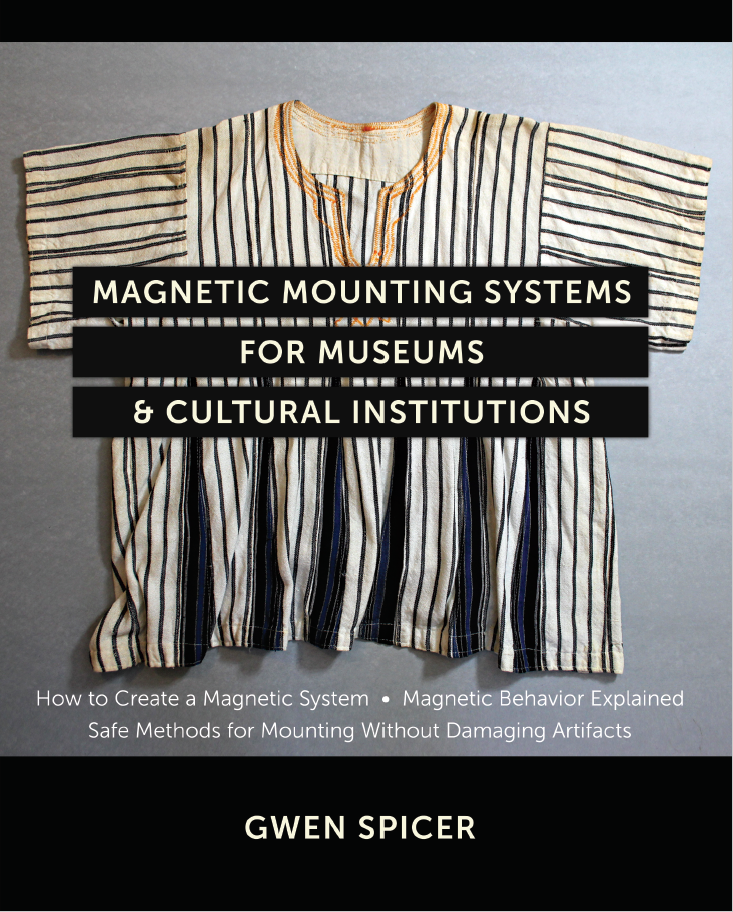